We quite often get asked about the cost benefit's of electric vehicles, their safety, and are they worth purchasing over a petrol powered car.

We quite often get asked about the cost benefit's of electric vehicles, their safety, and are they worth purchasing over a petrol powered car.

Having spied this article in a recent Sunday Star Times, we hope it helps spread some light on the subject for you.... We import a wide range of electric vehicles at Dave Allen Motors, so if you have any further questions don't hesitate to contact of our sales team on 0800 227000 or sales@daveallenmotors.co.nz  - Happy Motoring. 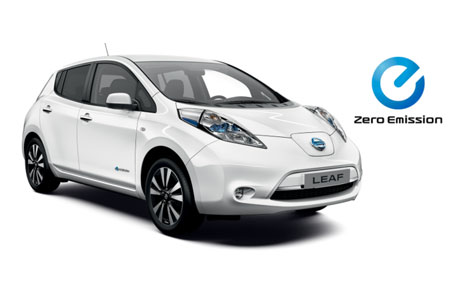 Buying an electric vehicle is saving one Kiwi family nearly $2000 a year in running costs.
Imogen and Sean Thompson didn't set out to look at electric cars when they decided to replace their Nissan Pulsar last year as they assumed they would be too pricey.
Instead, they thought they'd buy a small, fuel-efficient petrol car. "We were thinking about getting maybe a Suzuki Swift or a little Toyota Yaris or something like that," said Sean.

Then one of the cars they were shown in their price range at a local car dealership was a 2011 Nissan Leaf electric car. At $17,000, it was only about $2000 more than the petrol cars they were looking at. "The price surprised me," said Imogen.

"I thought that they were vastly more expensive, but actually it was an economic purchase outright and the maintenance, the ongoing running of the car is far better value. Financially it's a no-brainer for us, and from an environmental perspective it's just awesome to know there are no more emissions going into the atmosphere every time we drive. There's no smell, there's no exhaust, it's really quiet, it's safe."

Another surprise came during the test drive around hilly terrain, when Imogen discovered the Nissan Leaf had a lot of grunt.
"There are no gears to change and it just goes so smoothly and so powerfully uphill without any sort of effort, and it can go from zero to 100 very quickly."
Although they are concerned about the environment, Sean said ultimately the decision to buy the car was a pragmatic one.

They needed a reliable, economical car for his daily 30km commute from home to work. "Every week that worked out to be about $50 in petrol, but with the electric car it works out to about $8 a week in electricity…That makes a huge amount of sense financially for us," he said.

Trips to the petrol station are no longer on the to-do list, instead, at the end of his daily commute, Sean simply plugs the car into a standard electrical socket in his garage.Using a standard 240 volt outlet, it takes about eight hours for the car to fully charge, giving it a range of around 100km.
It can plug into any standard outlet, so if he needs to, Sean can also plug in his car at work and charge it during the day or use a fast charger when out and about.